The official website for the animated film adaptation The Deer King has been updated with two new trailers revealing the film’s theme song. The song featured in the “One Reason” trailer was written by singer-songwriter milét, while a key new visual was released, illustrated by director Masashi Ando and featured below the trailer: 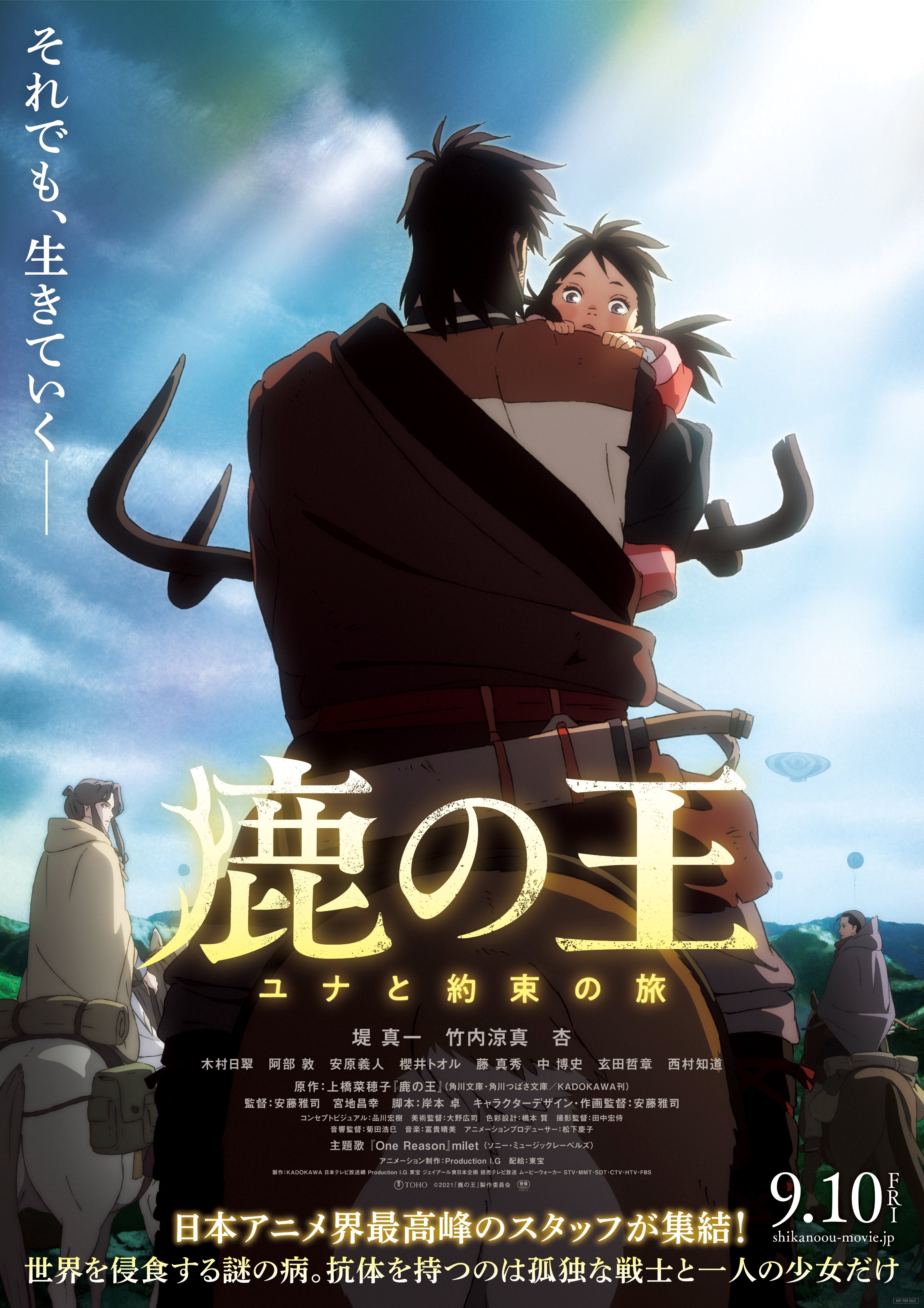 The film will be released in Japanese theaters on September 10, after a year of delay and presented this year at the abridged edition of the Annecy International Animated Film Festival, where it was put in competition with multiple entries. The film has been cleared for international release by Anime Limited for the UK and French-speaking Europe, while GKIDS will release the film later this year in the US and describes the film:

In the years following a fierce war, the Empire of Zol now controls the lands and citizens of its rival Aquafa, with the exception of the Fire Horse territory of Aquafa, where the wild dogs that once carried the deadly black wolf fever continue to roam free. When a pack of dogs runs through a mine controlled by Zol, Van, a former enslaved soldier, and a young girl named Yuna are both bitten, but manage to escape as the only survivors of the attack. Free at last, Van and Yuna seek a simple and peaceful existence in the countryside. But as the deadly disease rages again, they find themselves at the crossroads of a struggle far greater than any nation.