REVIEW OF JAMES AND THE GIANT FISHING – BACK TO COMMUNITY THEATER

July 4, 2021 (Spring Valley) – Slowly we’re returning to a semi-normal lifestyle, which includes live theater. Musical comedies. As such, the Young Actors Theater at Casa De Oro features “James and the Giant Peach”. You may remember the book from your childhood, written by Roald Dahl, who also wrote Charlie and the Chocolate Factory.

“Wonderful, wonderful things can happen, in the middle of a moment…” What a beautiful thought. it comes from the song Middle of a moment sung by James. Life is just moments. Times that we can fill with things that make us and others happy.

Nothing makes actors happier than watching the stage and finding a full audience. Opening night was a good showing but we have to fill the house. Bring the theater back to life. 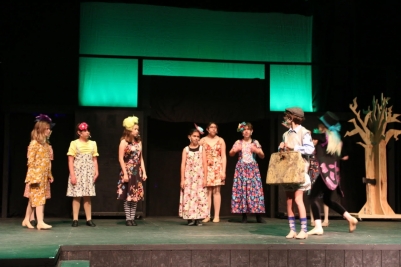 James and the Giant Peach is the journey of an orphan boy who sets off on an adventure with a ladybug, spider, grasshopper, earthworm and centipede, to discover the true meaning of family.

Director and choreographer Joe Dionisio had to fight for his own moments to bring the show to life. The show was ready to go when we went into lockdown last year. Fifteen months later, it is finally the case.

On the first official comeback party after all this time, I’m sure there were a lot of nerves on stage. Children are soldiers; the nerves weren’t really showing. Maybe a few rushed lines and some dialogue you couldn’t quite hear, but nothing serious. The acting was on point, the English accents of the actors extremely well done. The humor was there as the audience attested, with laughter sprinkled everywhere. It’s a cute show, which welcomes us back to the theater.

For this show, these middle and high school students were singing actors. I’m sure the individual voices will shine with practice. But overall they were a bit rusty. They gathered to sing.

Macie Lowery played James, just eleven years old and brilliant in his moment! Two-year-old Candace Grosch was sort of a narrator and a real intelligence. Joanna Demaree and Elizabeth Morales play Jame’s aunts, the villains of the play, adding their own flair for humor. Jackson Yakos, as Grasshopper, Paolo Bahro, as Earthworm, Sunny Busby, as Spider, Darlene Shockley, as Ladybug, and William Lanham as Centipede, play the bugs so cute and fun. The cast is completed with Lalo Villodas, Isabella Cable, Ivy Kwasny, Victoria Borum and Ivy Cienfuegos.

My favorite song was “Plump and Juicy” from the second act – the epitome of cuteness. Twenty songs in the show. So great to have a musical to come out and watch again.

To ensure safety, masks should always be worn inside the theater, but we’re getting there. 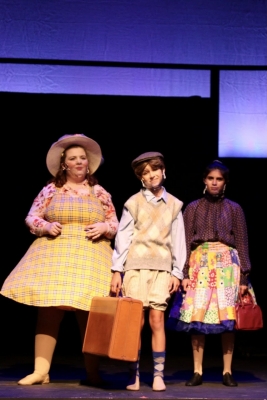 “Stuck in the middle of a moment halfway to a new place.” A perfect fit where our lives are now.

8 best glamping spots near Dallas-Fort Worth